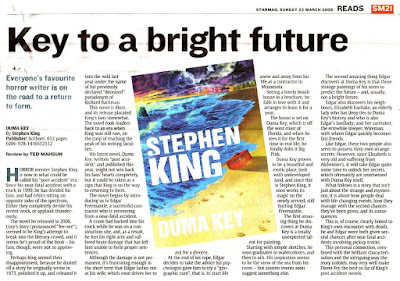 This personal connection, combined with the brilliant characterisation and the intriguing way the story unfolds, may very well make Duma Key the best so far of King’s post accident novels.