The Dangers of Having a Really Long Title for a Short Story. 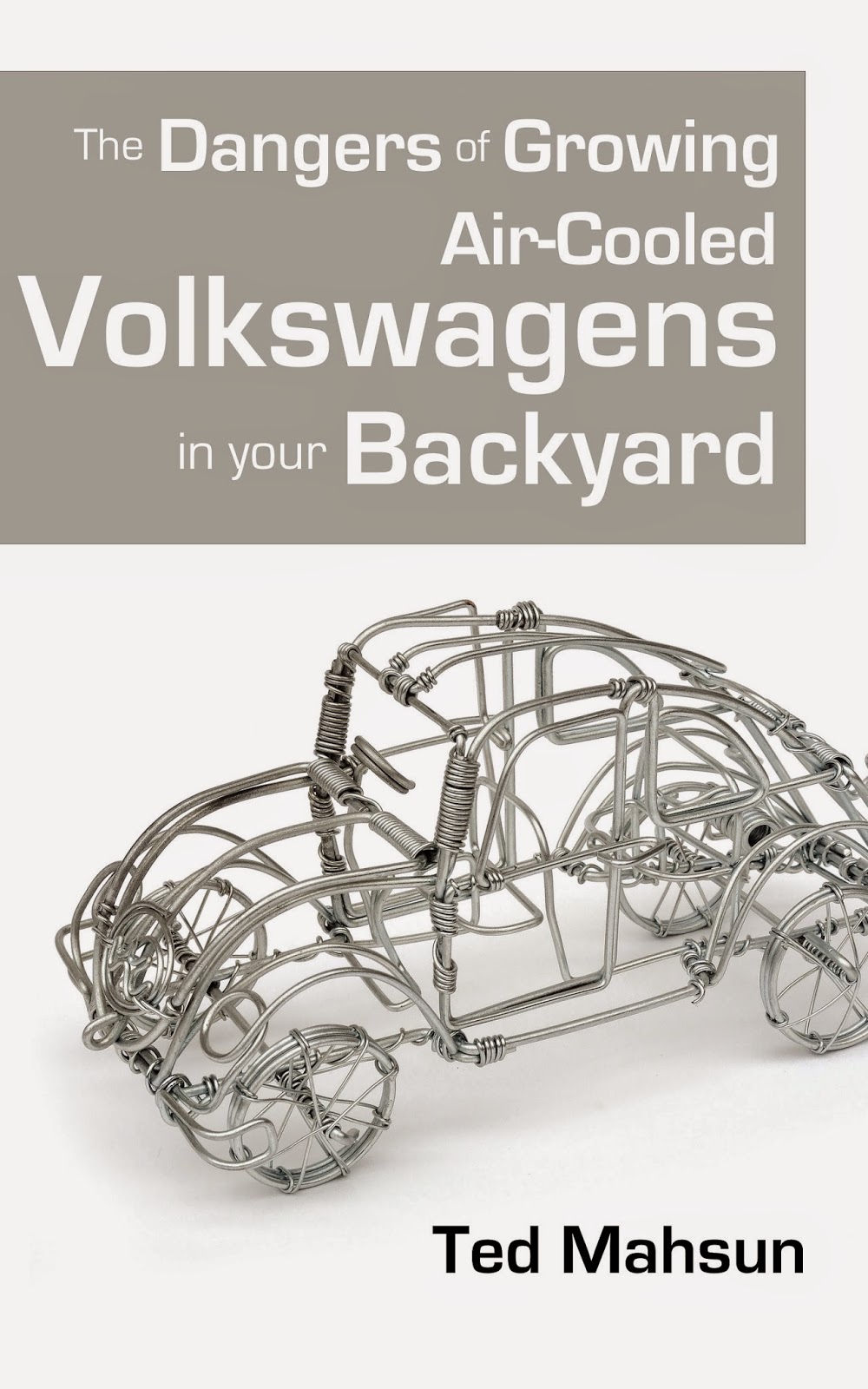 So now my latest short story e-book is out for the consumption of the masses! Don't everybody rush to the bookstores at once! There's enough for everyone! Because they're e-books dammit!

Here's a summary of what you're in for:

When Sayyid opted to become an organic Volkswagen farmer, he did not expect the Volkswagens to misbehave and break out of his backyard. Now those crazy air-cooled vehicles are running loose in the neighborhood and only Sayyid can stop them. But the situation gets even more out of hand when they invade the home of cranky old Mrs. Winters and take her hostage. In this action-packed and absurd short story, all bets are off as to whether humans or air-cooled Volkswagens survive to see another day.

The Dangers of Growing Air-cooled Volkswagens in Your Backyard can currently be found at the following outlets:
and Barbra Streisand knows where else.

Every time I push out an e-book I inadvertently learn a lesson. This time, I learned that you must always remember your title. In my previous post, you may have noticed the cover I posted had a slightly different title than the one on the image above.

Yep, I missed out the word "air-cooled". How embarrassing! Lesson learned. Next time, no more ridiculously long titles inspired by the Pet Shop Boys.

I'm sure this story will have the usual all-over-the-place reactions like my previous stories. I've already had one gushing review claiming "it's Ted Mahsun's best story yet!!!" and another basically saying "eh, it's all right, I guess. Ted put it in the wrong category though". I'm sure it won't be long before a hater will come along and say something like, "It falls into every left wing idiot's rant about how repubs, right wing people hate muslims and how muslims are innocent. i actually had to stop reading it because it was not entertaining, but mind numbing."

In the meantime, hey! I have a story out. How nice.