My SF Story in Cyberpunk: Malaysia. 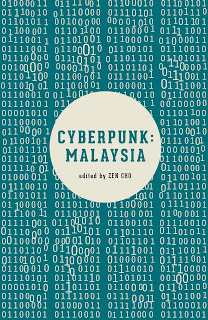 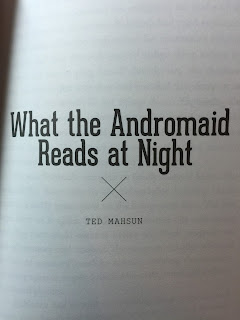 Yesterday was a landmark day for me because Cyberpunk: Malaysia was finally launched at the Cooler Lumpur festival. Cyberpunk: Malaysia includes in it my first SF short story published by somebody other than myself. That story is entitled "What the Andromaid Reads at Night" and is what I feel is the best short story I've written so far. It's a pretty big deal for me, in many ways.

But what really makes it primarily a big deal is that this was the first acceptance for me this year (out of three so far, and I'll talk about the other accepted short stories in a future blog post) and was the desperate affirmation that I sorely needed to prove I could indeed write something that somebody else actually likes. (Like most writers I am insecure.)


This somebody happened to be the all-round awesome Zen Cho, co-winner of the William L. Crawford Fantasy Award, and author of the fantastic anthology of short stories Spirits Abroad (some of the stories in there make me go, dammit, I wish I had written that first!) and the forthcoming Sorceror to the Crown.


So for someone as accomplished as her to actually like my story enough to accept it and include it in this amazing SF anthology was truly an honour. She's also an amazing editor. We went through several drafts of the story to really tighten it up and make it work even better.

The result is a great story (imho of course) and something I'm truly proud of. The story features some of my favourite themes and tropes (Does it have a robot? Check.) and like a lot of my other stories, revolves around a small family. But because it's set in a dystopic future Malaysia (as opposed to the dystopic current Malaysia), I got to have a lot of fun with it.

There's nothing original about it of course, but what is? I cribbed concepts from Ghost in the Shell (jack into the Matrix, bitches!) and I even stole the first scene with Lego from another unpublished short story of mine. It's full of recycled parts combined to hopefully present something new.

The truly new stuff it does feature is that it features a secular, religionless Malaysia and it's not the happy wonderful place a lot of us would like to think it is. We're living in a cynical, jaded Malaysian society (or at least I am, I don't know about you) and a lot of Malaysians are simply fed up about certain religious authorities being heavy-handed in the way they go about policing other people's habits and lifestyle choices. They're quick to blame it on Islam, but I'm of the belief that even if you stripped the veneer of religion away, the authorities would still find a way to control what you think and what you do. Islam is just the excuse. Strip that away, and they'll just find another excuse.

Anyway, I hope you manage to get a copy of Cyberpunk: Malaysia and read my story. And since you already have the book, you might as well read the other stories written by the other writers as well, cos they're good too!

The physical copy of the book features a different cover from the e-book and if you can, get the physical book. It's amazing cos it's a mirror. Stare long enough into it, and the mirror stares back into you.