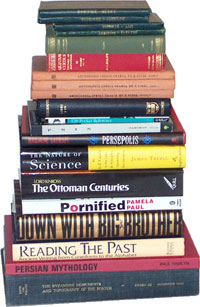 Anyway, I thought about what books I would like to reread so I can include it in my list (and perhaps get a new perspective on the books), and this is what I came up with so far:
That's the few I can come up with at the moment. I suppose if I dig deeper into my shelves, I'll find more... like my old Pratchetts, Dahls, Adrian Moles, and who knows what else.