On Memory and the Cities of Calvino's Mind. 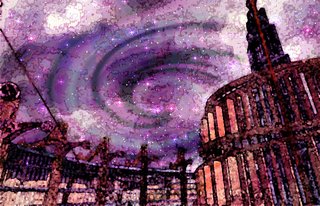 Funny how coincidences happen. Last night, in a discussion regarding viewpoints, there was a call for examples of second-person point-of-view. I offered Chuck Palahniuk's Fight Club ("You are not the contents of your wallet!") and Jay McInerny's Bright Lights, Big City. Sharon offered Calvino. This was a new author for me. The conversation continued and I didn't think I'd manage to retain that name in my inner consciousness or whatever. I certainly forgot about Calvino very soon after that.

This morning however, via Scott Esposito, I came across an interview with William Weaver, a translator. Scott has this to say about interviews with translators:

I'm surprised more people don't want to interview literary translators about their work. Translators have to be so incredibly attuned to the nuances of the texts they are translating, that I think they'd have amazing thoughts on style.

And I found myself agreeing with him, because of late, I've been dabbling in translating some Malay pieces myself, and I find it really tough work trying to bring over the spirit of the original. So naturally I was interested in reading this interview.

Turns out William Weaver is the translator for Italo Calvino's works, but I had not realised, as yet, that this was the same author Sharon had mentioned in our discussion last night. As I read further into the interview, I discovered that one of Calvino's famous work is a fascinating book entitled, Invisible Cities, of which Weaver has this to say:

...Calvino's powerful imagination is present in all its abundance and its range from lightness to earthy weight (we must not forget some of the dire cities, like the redundant Zirma, with its subway full of obese women, or like the cold, reflected Valdrada). But, fanciful as these cities are, we can on rare occasions encounter them in the real, bricks-and-mortar world. 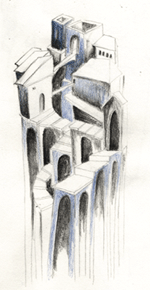 I was intrigued. And not only because of Weaver's praise for Calvino's words, but also because I love reading narratives about cities, something that is a result of too many hours playing the various incarnations of SimCity. (I still play SimCity 4 in the office when the boss isn't looking.) I've got quite the collection of city-related books; one of them is so old, it doesn't even have an ISBN code. Calvino's Invisible Cities sounded like something I should add to this collection.

After checking that Kinokuniya has it in stock (thanks Kino BookWeb!), I went over to KLCC to buy it. I found a collection of other Calvino books on the shelves as well, and I noticed that If On a Winter's Night a Traveler was unwrapped. I thumbed through it to see if I would like it.

Some people are of the opinion that this book is Calvino's best work. The book is about a reader who's reading a translated book, but after some time, the reader discovers the translator has inserted another translated portion from another book. All this is told in second-person. When I thumbed through it and saw it was in second-person... something just clicked... and I remembered what Sharon had said.

Ahhhh! So this is who Sharon was talking about... funny how these coincidences happen. I shall get If On a Winter's Night a Traveler later. It looks like such a beautiful book to read.