This year has been a different kind of Nanowrimo for me. Usually, I'd write like the wind and would churn out about 15,000 words in less than three days then after that I'd stop writing for a while, and most often, I would not even continue.

This year though I've taken a very marathon-y pace at doing Nanowrimo (which is what Nanowrimo really is -- a marathon) and haven't done any ridiculous wordy sprints. I've managed to meet the daily target of 1667 words so far and haven't gone overboard.

I can't keep this pace however, because Friday is a holiday (Happy Diwali, people) and that's followed by a weekend which means I'll be at home, which means I probably won't do any writing. I have a baby and wife and both of them are huge attention seekers so I doubt I will get any writing done while they're around.

So today I really wanted to add an extra 1500 words to my wordcount but I'm not sure if I can because my mind goes blank every time I look at the Word document in front of me.

Hmm, did I say I want to tell you about the novel I'm writing? Eh, maybe some other day. The last thing I want to do right now is to talk about what I've been writing the whole day (and the whole of the past two days).
By Ted Mahsun at 3:30 pm 5 comments:

Nanowrimo Day 1: And we're off!

I would not be able repeat that feat the following two years due to work and life constraints. Even though I told people I would take part I never really took it seriously. So I never won Nanowrimo again for those years.

So this year, I'm putting on my bandanna Rambo-style, this music video is playing in the background and I'm gonna hit that 50k word mark again. This is a promise. I've already put down 1812 words for today, so I'm on track.

I'll write more about the novel I'm writing for Nanowrimo in the coming days.
By Ted Mahsun at 6:54 pm 3 comments:

I like the thinking that 1Q84 is pronounced "Q-teen eighty-four". It rolls off the tongue much nicer than "one Q eighty-four". I'm not sure where I read this first but I'm guessing it's Literary Saloon. I'll have to check (but I won't cos I'm lazy today. Well, I've always been lazy. Anyway, I digress.)

I'm guessing the huge tome will be making its way to the English-speaking shores by the middle of next year. In a recent interview at asahi.com, Jay Rubin (one of Murakami's translators) revealed that he'll be finishing his translation of books 1 and 2 of 1Q84 by mid-November and Philip Gabriel is supposed to finish book 3 by then.

So my first reaction to this is, "yay! There's finally some real progress and I can hope of reading it soon(ish)!" but my second reaction is more important, which is, "WHAT, there's two translators working on this???"

Now I understand why they chose to go this route, the 1Q84, as a whole, is a massive beast after all. One translator just might not be enough! But if anyone who's read enough of Murakami in English knows that his three different translators all have different styles. I don't want to be reading the first two books and then have my enjoyment pulled out of me when I get to the third book just because of a change of translation style.

Oh well, if they give this the same care they did while editing the English translation of Wind-up Bird Chronicles, I think there really won't be much of a problem.
By Ted Mahsun at 2:47 pm 1 comment:

The Oxford English Dictionary is dead...


I’m not home enough to be able to judge Malaysian sf/f very much. I’ve got one book from PTS Publishing, and I didn’t like it. The writing was poor, like that of a new scifi writer who has yet to master the craft of storytelling before going on about How! Cool! This! Hero! Is! I like wish fulfillment fiction as much as the next person – it’s one of the reasons why I read sf/f – but like my friend cycads says, about another different genre of writing in Malaysia, “Can do better.”

However she fails to give any examples, save for a link to the science fiction section on the PTS website.
By Ted Mahsun at 8:21 am 4 comments:

Thoughts on Recent Goings-on in My Life.

In past twelve months, I have worked in an art gallery, taught English to a variety of non-English speaking but very willing to learn students, taught English to unwilling students (ugh), programmed a computer game, formed a company to sell said video game, had a baby girl, got into a fight with my brother (jealous of the baby), got into a fight with my mother (protective of her favourite son, i.e. not me), and finally, moved into a new house, as far away as I possibly could afford from my insane family.

I can, with all honesty, say that writing is much better than everything I've mentioned above. Well... save for having a baby girl. That was pretty awesome. The new house is pretty nice too.

Thoughts on the New Layout.

PRETTY NEAT HUH!
By Ted Mahsun at 2:29 pm No comments:

Thoughts on Writing About Your Own Country.

Four years ago, around the time I started this blog, my wish was to write a novel about the country I live in, Malaysia.

I wanted to write my version of the Great Malaysian Novel, something that delivered the essence of Malaysia within 100,000 words or so. A novel that would bring together varied characters that reflected the many aspects of Malaysiana, yet without descending into the stereotypical tropes the Malaysian Tourism Board seems to celebrate.

That was then. I have since realised several awkward things about my ambition. I don't know enough about my own country to write about it. And the most awkward: I've fallen out of love with my country. I no longer want to write about the things I wanted to write about, because everything just makes me feel sick.

How to continue? My only solution right now is to wait for the malaise to fade away. In the mean time, my fantasy novel(s?) get written.

Maybe what I'm trying to say is, I'm just not old enough; not experienced enough.
By Ted Mahsun at 2:12 pm 2 comments:

I have a list of 3 countries I really want to visit, and number one on that list North Korea. North Korea is fascinating in that it is now one of only two truly communist countries in our time and also the only country that is properly Orwellian, down to its worship of a Big Brother-type figure.

I've been reading in interest in how North Koreans live their lives, mostly from brief articles on the BBC News website, so when a book like Nothing to Envy, written by LA Times journalist Barbara Demick, gets published, my attention is piqued. But when it wins a prestigious literary prize, well! Consider that a must-buy then.

Check out a review at the Guardian, while I go to Kinokuniya and ask if they have it.
By Ted Mahsun at 9:00 am No comments: 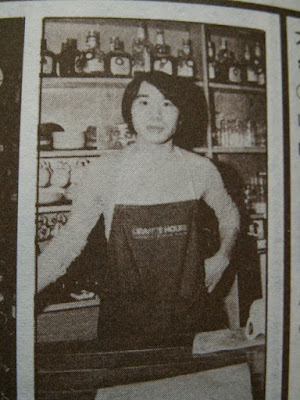 Christians offer Muslims the use of 'Jesus Christ'

'This is our way of expressing gratitude, a way of saying "no hard feelings, eh, chaps?"' said a member of the church body who declined to be named.

This has resulted in yet another controversy, this time among Catholics who protest the decision.

'We have been using the name Jesus Christ for centuries, even millennia. We called him Jesus Christ our saviour back when the Bible was only being read by the unwashed Hebrews,' said Yvette Yvangel. 'It's just not fair to let the Muslims have their way with it now."

Many others are also dismayed with the decision, especially those who were vocal against the government ban on the use of 'Allah' in The Herald. 'Why should we let those Muslims say the name of God in vain, especially when they didn't let us use theirs in the first place?' said Mathias Matthew, defacto leader of the Catholics Cross With Government Brigade.

'I hope this becomes clear when you realise that if any of our fellow Catholics ever read any of their Muslim weeklies, they will get confused and start believing their insidious lies. This is because we Catholics, like all Malaysians, are stupid, and are prone to believe everything we read without critical thinking.'

Mathias Matthew also said that he was confident the Malaysian government would ban Muslims from using the words 'Jesus Christ' because he knows the government also thinks Malaysians are stupid and gullible and therefore will do the 'right thing'.

He has threatened to take the fight online, starting with a group he is starting on Facebook. 'If we can get about a million fans, then maybe we can get this overturned," he said in a passionate plea to fellow Catholics.

Most Muslims on the other hand did not know what to make of this. 'Why would I want to use Jesus Christ?' asked Dato' Seri Mohd Muhammad Mohamed, lead cleric of the Association of Muslims Who Know How to Spell Propeli. 'It's much shorter and simpler to use "Nabi Isa Alaihissalam." Well, it is, if you abbreviate the last words into two letters. It's simple. Really!'

However this claim has not been sanctified by rival Atheist temples such as the Church of the Flying Spaghetti Monster and Bertrand Russell's Temple of the Celestial Teapot.