Secret Operation in the Matriarch's Kitchen is now an ebook

November 28, 2011
About four years ago, I wrote a story about alien home appliances that came to Earth to save their fellow instruments from the shackles of human enslavement. It was called: 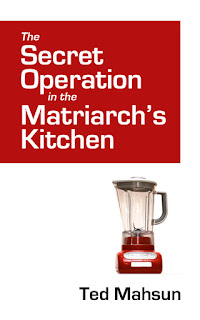 The story was published in an anthology called Write Out Loud which I haven't seen in bookstores for quite a while so I think it must be out of print. Even when it was in print many people complained they couldn't find it and unfortunately I could not help them as distribution was out of my control.

Well, four years later and we're in the midst of a digital revolution when it comes to book publishing. I thought I might as well publish the story as an ebook and see what happens. Consider this some kind of experiment on my part.

You can get The Secret Operation in the Matriarch's Kitchen on Smashwords for US$0.99 in every digital format you can think of. If I'm lucky, one day maybe the ebook will appear on the big online bookstores such as Amazon, B&N and Apple.